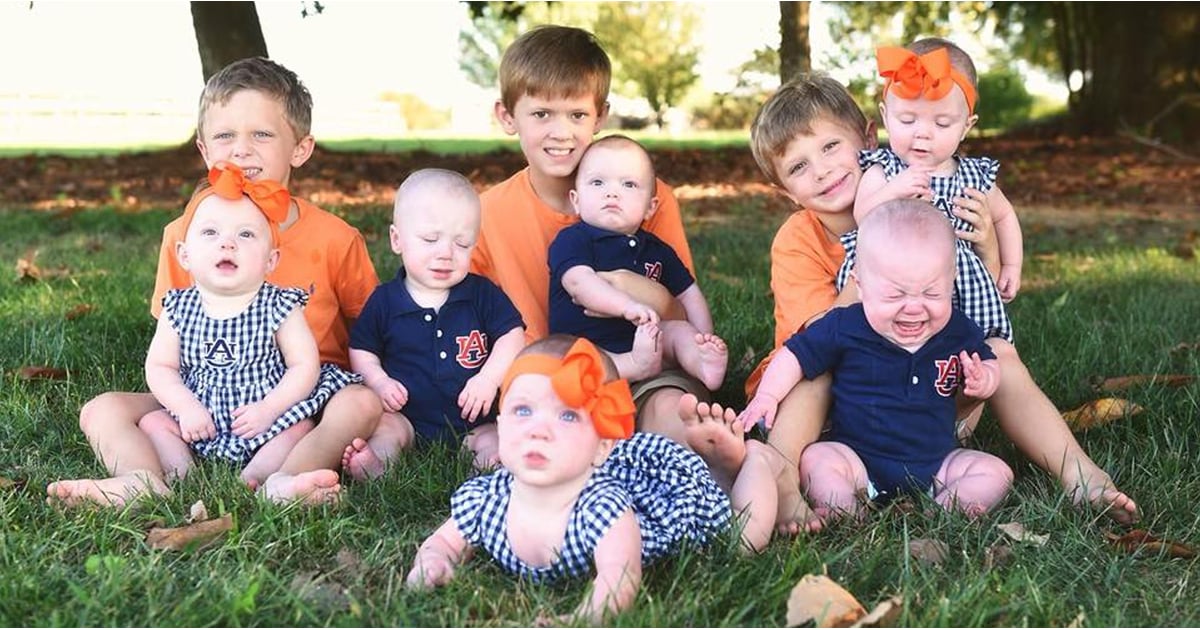 “It’s going to be overwhelming,” Courtney Waldrop can be heard saying in a trailer for her and her family’s docuseries on TLC, Sweet Home Sextuplets. Courtney and her husband Eric’s lives changed drastically in December 2017 when in a matter of hours, they went from having three kids — their oldest son, Saylor, and twin boys Wales and Bridge — to having nine total after adding sextuplets to the mix. The news that they were welcoming six new babies — sons Blu, Tag, and Layke and daughters Rawlings, Rayne, and Rivers — understandably came as a bit of a shock . . . they were actively trying for a fourth, sure, but never expected they’d get a fourth, fifth, sixth, seventh, eighth, and ninth all at once.

The babies were born in early December at 30 weeks gestation and hovered between 2 and 3 pounds each. Snippets of Courtney and Eric at Huntsville Hospital in Alabama can be seen in the Sweet Home Sextuplets trailer, and you can sense their apprehension over adding so many babies to the parenting equation at once. But the family appears to be thriving, despite the expected exhaustion and overwhelming feeding schedules.

“We love every second of it but it is something, having to feed around the clock,” Courtney told Today. Eric added: “It’s a different kind of exhaustion now. They’re doing great, even in those moments where we think we’re going to lose our minds.”

The fact that they’re not finding it impossible to parent their six youngest — who are all starting to walk now! — along with their three older sons is a feat unimaginable to most. But the family is doing its best to handle the chaos.

“If you would have asked me the way I felt when I found out we were having six babies, I guess I just thought it was going to be an impossible situation,” Eric told Today. “I’m not saying it’s not hard, but you just kind of adapt and make it work. It’s the new normal, how crazy it is, and I just jump right in after I come home from work and before you know it, it’s midnight. I guess the surprise is that it was possible to survive the first nine months.”

See the trailer for the family’s docuseries, as well as photos of the nine Waldrop kids, below.

12 Ovulation Symptoms To Help You Get Pregnant